As mentioned before, I want to publish pictures from September last year. At the end of September I went to Troms (prefecture) for two weeks. I flew to Harstad in beautiful weather. Svartisen, the largest glacier in Northern Norway, looked beautiful from the plane window. 飛行機から見た氷河 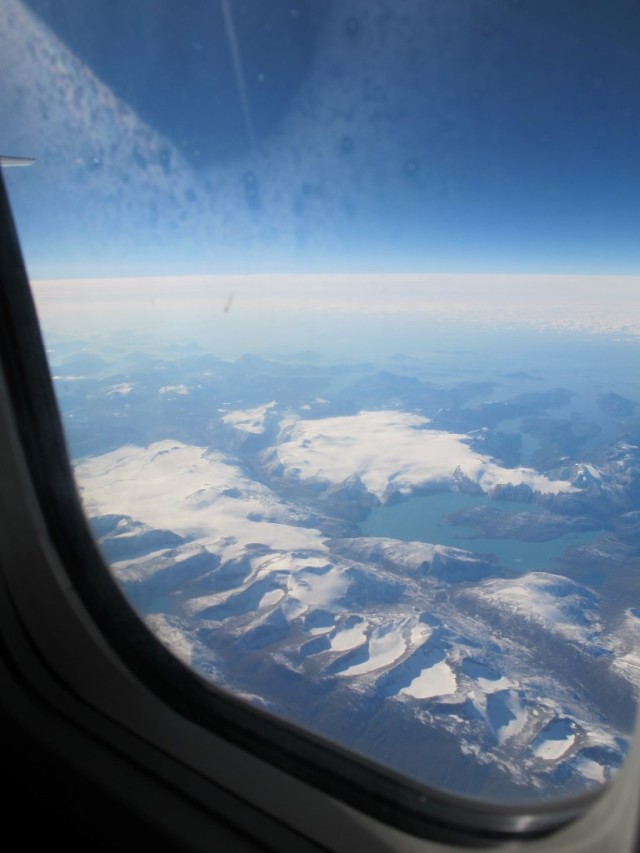 I spent the first week in Harstad. 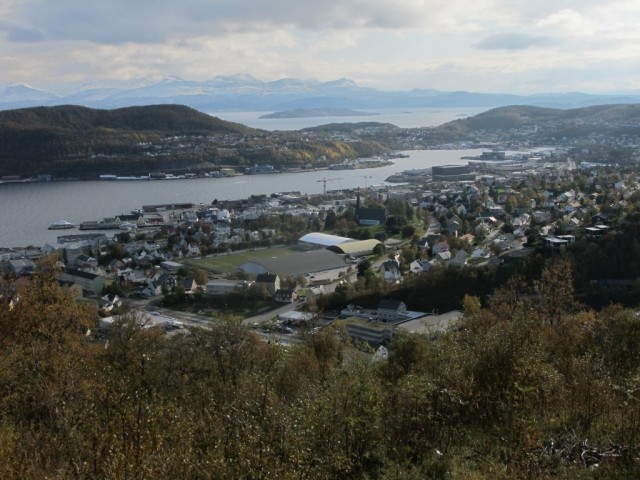 But I also went to meetings in other places. One evening I went by ferry to Grytøya. You can see part of the island – the mountains in the background – in the picture below . 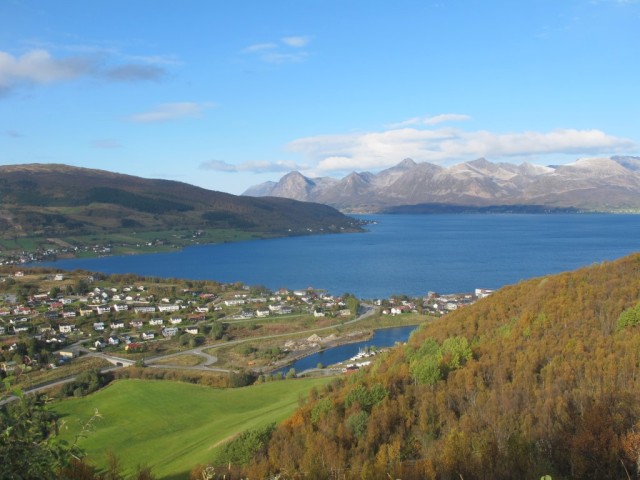 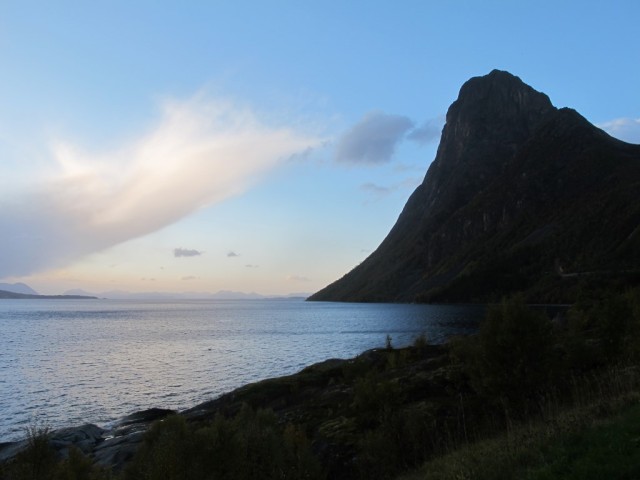 Fall starts in late August in the North. The first snow had already fallen in the mountains in the Harstad area when I was there the last week of September. 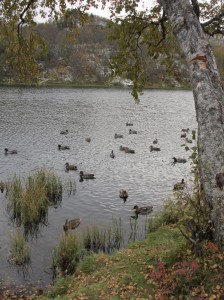 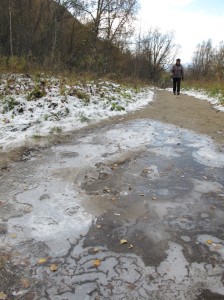 From Harstad I continued to Finnsnes. There is no railroad in Troms. Bus departures are few on Sundays. So in order to reach the meeting at 5:00 p.m. I had to leave Harstad at 8:00 a.m. by the coastal steamer, Hurtigruten. 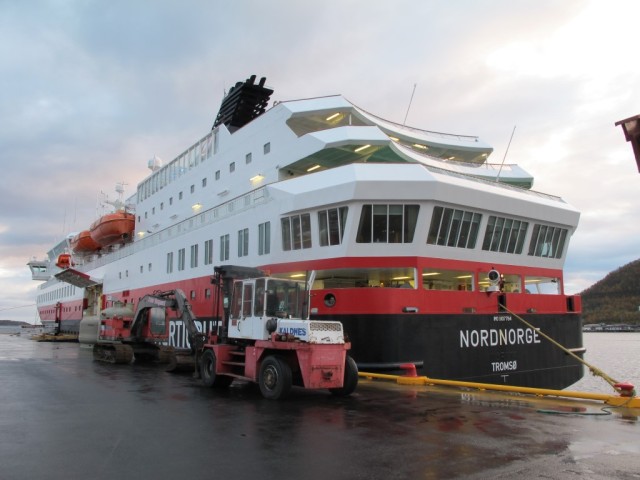 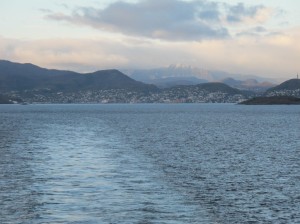 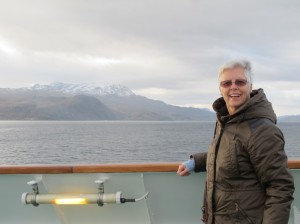 I spent some time on deck – dressed in a warm winter coat. The scenery is very beautiful! 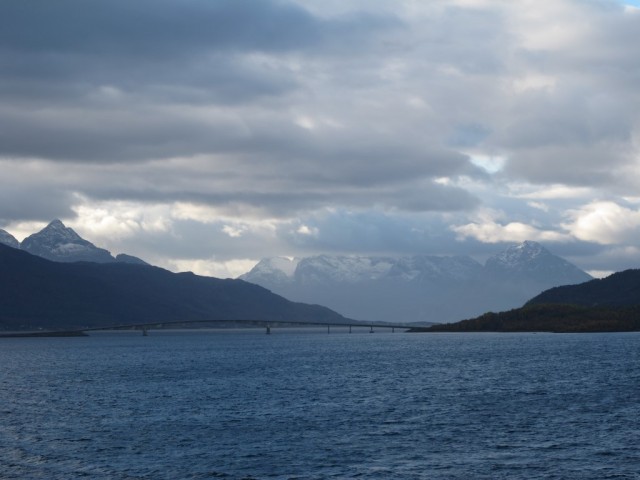 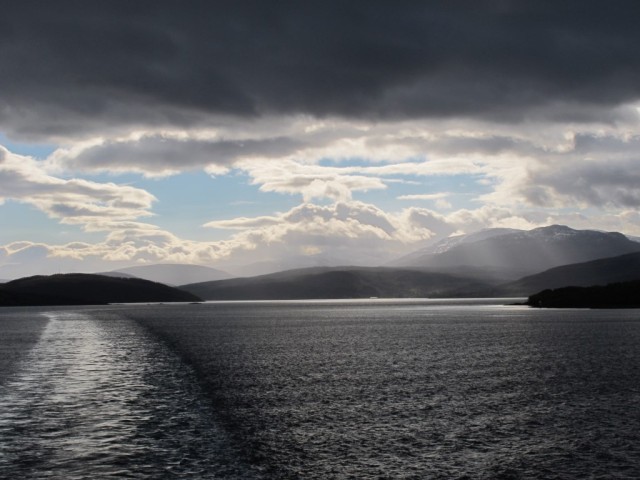 After 3,5 hours: arriving at Finnsnes. I lived there in 1992-93, and have been there many times. To visit Finnsnes is like coming home. 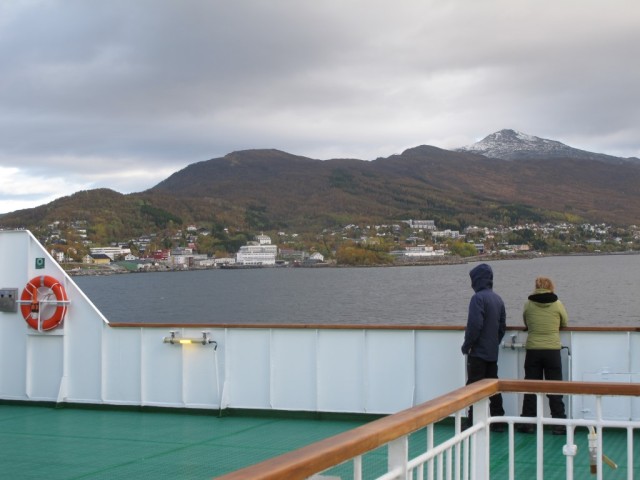 A Hurtigruten ship leaves Bergen every day at the same time. It takes 11 days to get to Kirkenes (near the Russian border) and back to Bergen. It was originally meant to be a freight and passenger ship along the coast, but it has become a popular cruise ship. I had breakfast on board. Very delicious! I hardly heard anybody speak Norwegian. I actually spoke Japanese with some of the passengers…! 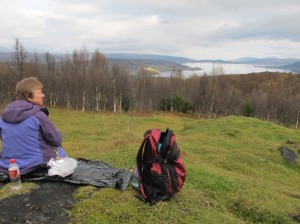 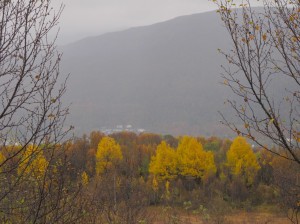 Monday was my day off. Together with former missionary to Japan, Torunn (Laupstad) I went hiking in the woods across the bridge from Finnsnes. We brought lunch and admired the autumn colors. 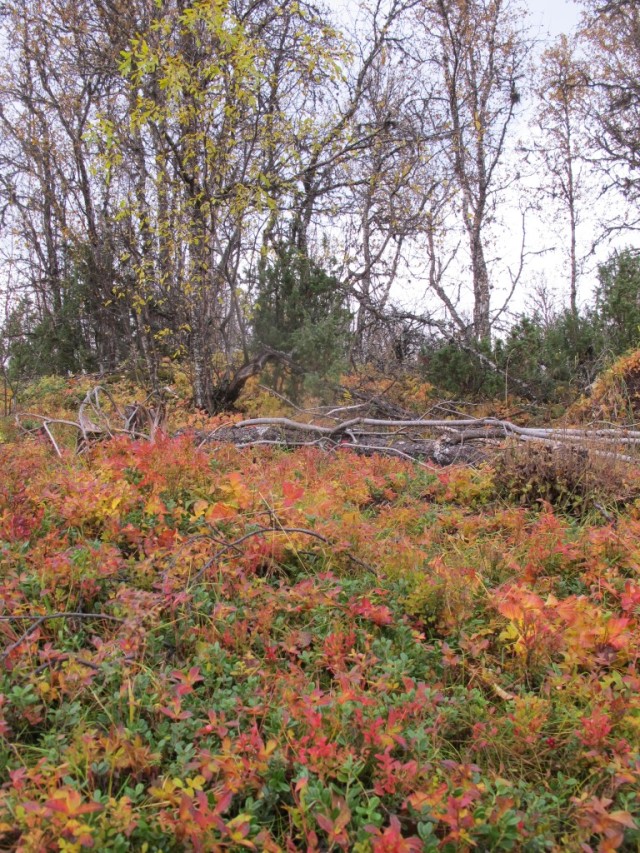 I leave for Japan in two days, and plan to publish (2) and (3) from the North before I leave. In Japan the blog title will change to only «Kari i Japan», and I will start writing in the  Norwegian again. I will work in Ako Evangelical Lutheran Church (Hyogo) from September 1st.